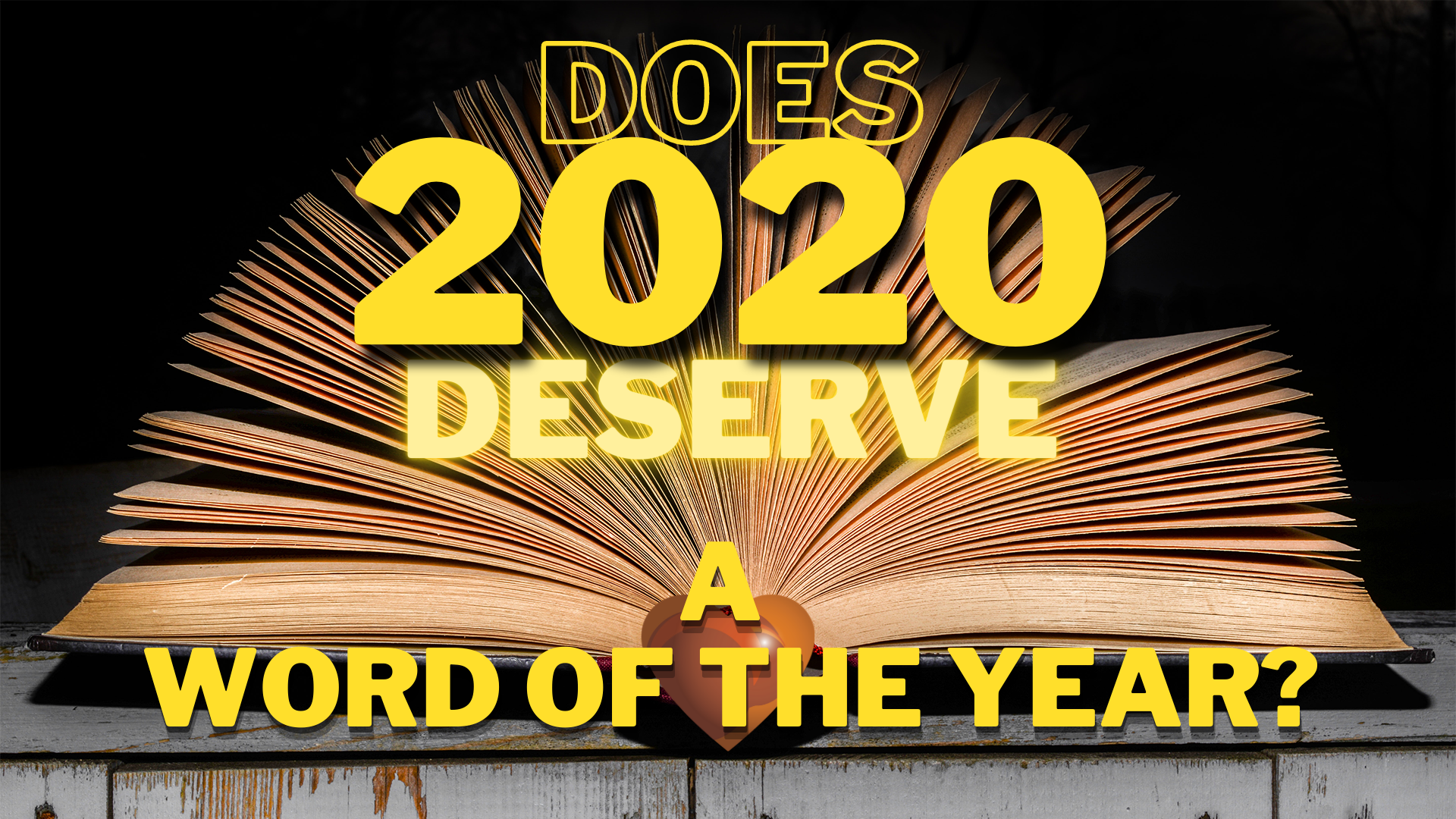 Languages don’t just fall from the sky all finished and ready to use. Linguists often refer to the term ‘language evolution’. And though all languages evolve, the rate of that evolution has sped up.

Let’s face it, in twenty years’ time, students at universities all over the globe will be specialising in specific months from the year 2020. We’ve had enough major events to consume a decade. Not just the first year of a decade.

“Words of an Unprecedented Year”

This year has seen so many seismic stories that Oxford Dictionaries had no other choice than to expand its word of the year to encompass several “Words of an Unprecedented Year”. Over the course of the remaining weeks of 2020, each week we will highlight one word or phrase that has become synonymous with the extraordinary year that we have experienced. The OED have chosen words to reflect 2020’s “ethos, mood, or preoccupations”. They include ‘bushfires’, ‘Covid-19’, ‘WFH’, ‘lockdown’, ‘circuit-breaker’, ‘support bubbles’, ‘keyworkers’, ‘furlough’, ‘Black Lives Matter’ and ‘moonshot’.

“The Oxford Languages 2020 Word of the Year campaign looks a little different to previous years. The English language, like all of us, has had to adapt rapidly and repeatedly this year. Our team of expert lexicographers have captured and analysed this lexical data every step of the way. As our Word of the Year process started and this data was opened up, it quickly became apparent that 2020 is not a year that could neatly be accommodated in one single “word of the year”, so we have decided to report more expansively on the phenomenal breadth of language change and development over the year in our Words of an Unprecedented Year report.” – Word of the Year 2020.

It won’t come as much of a surprise that we are fascinated by language here at Ludejo. Here in the marketing department, however, the etymology of words and phrases maintains an almost magical allure. The origin of words and phrases is very fertile ground for “interesting to know” posts. Ludejo Word Fact Friday is the longest running social media post we have created. Languages don’t just fall from the sky all finished and ready to use. Linguists often refer to the term ‘language evolution’. And though all languages evolve, the rate of that evolution has sped up. Language is a spectacularly flexible medium, and within the sorority of languages, English is notably promiscuous.

As the unusually erudite Stephen Fry put it:

“The English language is like London: proudly barbaric yet deeply civilised, too, common yet royal, vulgar yet processional, sacred yet profane. Each sentence we produce, whether we know it or not, is a mongrel mouthful of Chaucerian, Shakespearean, Miltonic, Johnsonian, Dickensian and American. Military, naval, legal, corporate, criminal, jazz, rap and ghetto discourses are mingled at every turn. The French language, like Paris, has attempted, through its Academy, to retain its purity, to fight the advancing tides of Franglais and international prefabrication. English, by comparison, is a shameless whore.”

Each of the major dictionaries asks their lexicographers to produce a “Word of the Year” or expression that has attracted a great deal of interest over the last twelve months. Every year, they debate candidates for word of the year and choose a winner that is judged to reflect the ethos, mood, or preoccupations of that particular year and to have lasting potential as a word of cultural significance.

Previous winners of “Word of the Year”

Here is a selection of previous winners of “Word of the Year” and their publication of origin:

Over the course of the next few weeks, we will highlight one of the many deserving “words of the year” for this unprecedented year. Starting this week with DOOMSCROLLING.

Our Word of Year posts will be made on Wednesday for the remaining weeks of the decade that is 2020.