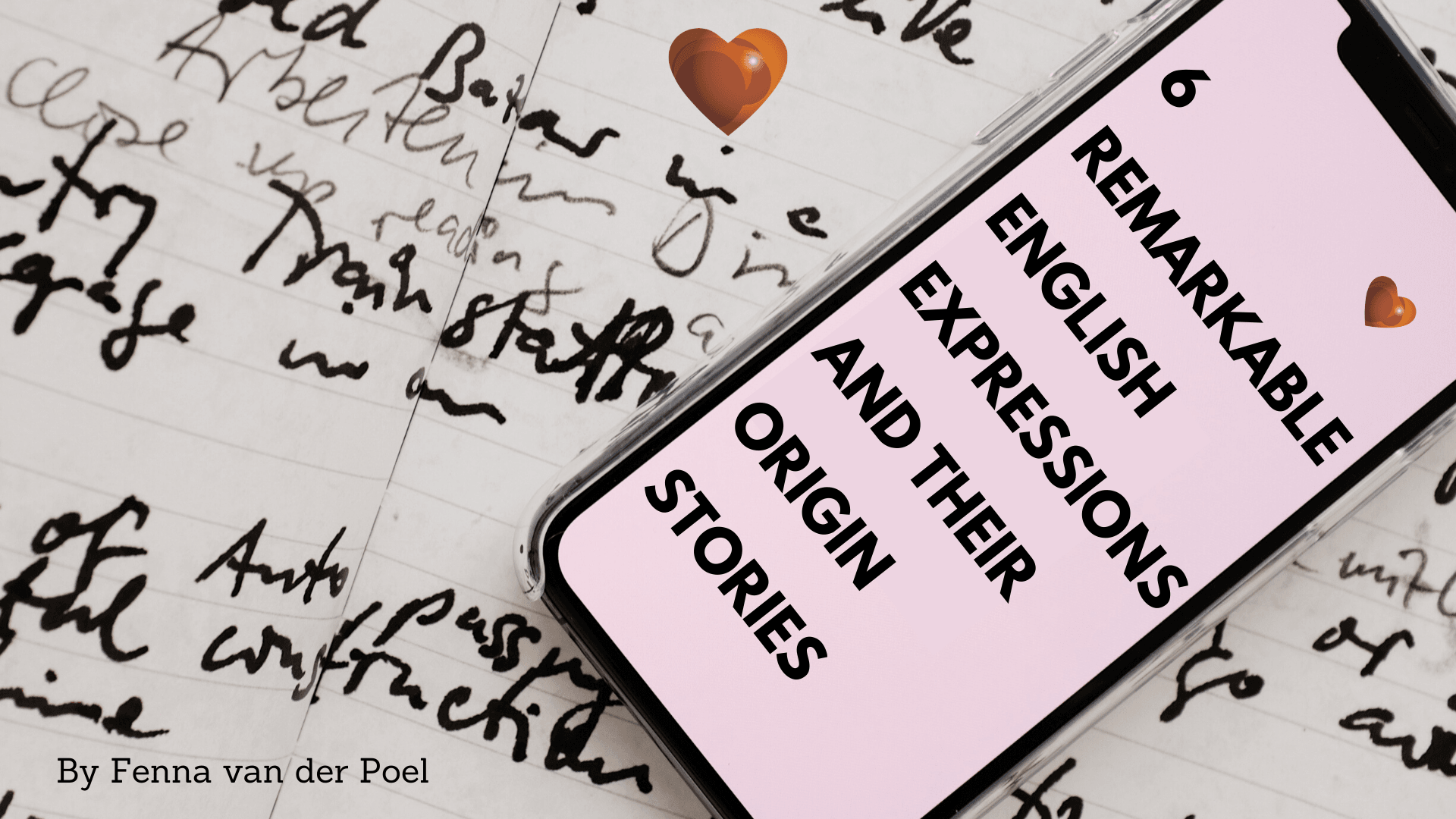 Once upon a time, on a rainy afternoon, I was suffering from a particularly severe case of procrastination. (You know the kind, one of those days where work will have to wait. Because NOW is the absolutely BEST time to clean your kitchen cabinets. Reorganise your bookshelf alphabetically. Find the long lost partners to all those lonely socks in your sock drawer. You know. Important stuff). After a while, I decided I deserved a ‘break’ (and I’m using quotation marks here since I am quite aware of the nonsensicality of needing a break if you’re doing absolutely nothing).

During my ‘break’ (I feel like I need to keep using those quotation marks), I stumbled upon a video on the BBC’s website. It was a video about the history of the expression ‘to steal someone’s thunder’, which, apparently, and quite surprisingly, has a very literal origin. Now, I’m a huge fan of the English language, especially the unique and often hilarious expressions this language has to offer.

To make myself at least a little useful, I listed several remarkable English expressions that all have an interesting origin. That way you’ll have something fun to read during your ‘break’.

I also added something about culture-specific expressions. In short, this is yet another infotainmenty blog. Let’s get back to it. Here are six remarkable English expressions that’ll ‘knock your socks off’ (if you’re interested in the origin of that one, have a look at the explanation on The Cambridge English Dictionary’s website).

This one’s a little dubious. While the word ‘hatter’ is often said to refer to the character that goes by that name in Lewis Carroll’s 1865 classic Alice’s Adventures in Wonderland, this expression is in fact the result of a production scandal in the clothing industry. During the eighteenth and nineteenth century, milliners often used felt as the base material for their hats. Mercury vapour was used during the production of the felt and, you guessed it, that vapour later turned out to be harmful to health. Regularly working with this hazardous substance could result in severe brain damage.

Surprisingly, this expression doesn’t refer to an English custom, but rather to a traditionally Indian one. It used to be customary to throw butter balls at statues of gods as a way to honour and appease them.

Personally, I’d rather have that butter be presented to me on a fresh scone, accompanied by a generous blob of jam, but I guess I’m not a god.

This expression stems from the time in which mail coaches were the most important means of transportation. While we currently like to lock ourselves into a sort of metal box on wheels, coachmen used to be considerably more vulnerable. That’s why the seat next to his was reserved for his bodyguard; someone who was ready to scare off potential attackers with a gun. And so, ‘riding shotgun’ means sitting next to the driver, not in the back seat.

This gem is one of the many expressions we owe to the great William Shakespeare. In his 1596 play The Merchant of Venice, the character names Portia mentions ‘green-eyed jealousy’, and in Othello, published in 1604, Iago utters the following words:

O, beware, my lord, of jealousy;

It is the green-ey’d monster, which doth mock.

The meat it feeds on.

The notion that jealousy was ‘green’, however, probably dates back even further. During the Renaissance, emotions and personal qualities would be linked to certain colours: black symbolised melancholy, and in addition to green, yellow was linked to jealousy and illness as well. Correspondingly, there are Dutch sayings like ‘het wordt me groen en geel voor de ogen’ and ‘zich groen en geel ergeren’.

Another example of a remarkable expression. While you’d expect the word ‘cat’ to refer to the fluffy pet, it actually refers to the ‘cat o’ nine tails’, which is a whip with nine tails. The Royal Navy used to use this instrument for floggings. The story goes that the unfortunate soul that had been flogged with the cat o’ nine tails would be asked the question in this expression.

Can you imagine? There you are, lying on the floor in pain, and then this sadistic clown walks up and asks you why you’re so quiet.

There is a second theory about where this expression came from, though. Its origin lies in ancient Egypt, where cats were fed the freshly cut-off tongues of those who where guilty of blasphemy.

In the 1920s in America, there was a short period during which certain animals were linked to certain body parts. A few examples that didn’t make the cut are ‘the eel’s ankles’ and ‘the snake’s hips’ (oh, what a shame). ‘The bee’s knees’, however, stuck around, much like ‘the cat’s pyjama’s’.

This I can get behind, because come on: a cat in pj’s is both timeless and adorable.

Then on to a more serious and informative (but still fun and interesting) note on culture-specific English expressions. Native speakers often use these expressions without giving it a second thought, but these expressions can be quite confusing for those who struggle with the English language. In some cases it can be useful to know the origin of the expression in question (like a sort of memory aid), but there are so many of them that it’s practically impossible to look up and remember each one. That’s why at Ludejo we work with native speakers as much as possible. They can translate these culture-specific expressions with ease, so your translation will always be the bee’s knees!