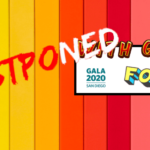 “With Great Power for TWB” will be a Comic-Con-themed event to raise funds and attention for Translators without Borders at GALA 2020 in San Diego.
San Diego is the home of Comic-Con, and each year the city plays host to the largest comic and pop culture festival in the world! To that end, the Ludejo fundraiser for TWB will embody the spirit of Comic-Con and embrace the city of San Diego!
The event will consist of a Comic-Con themed party at Border X Brewing in San Diego on the evening of Tuesday 17th of March, after the traditional GALA Happy Hour.