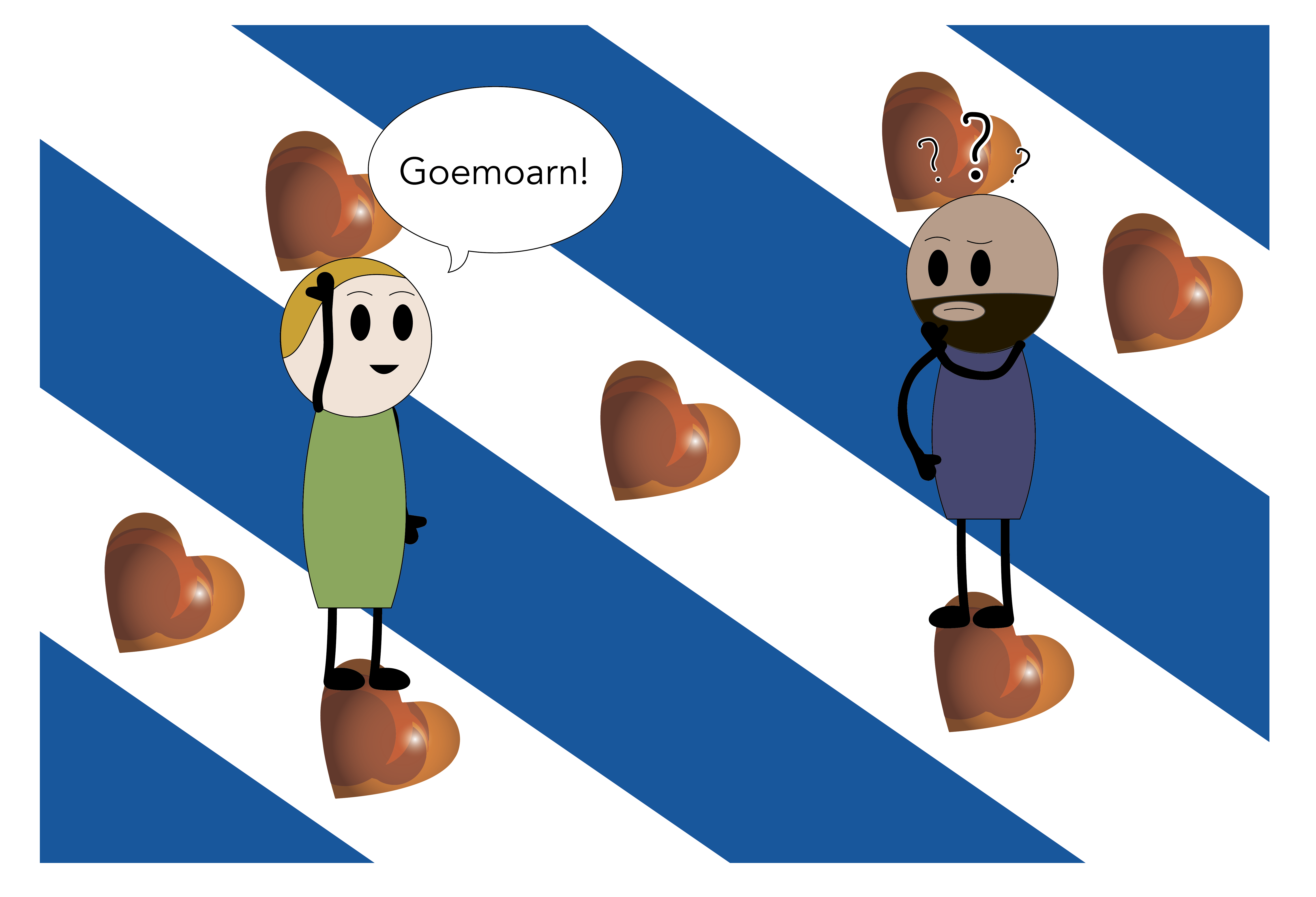 The very first time that I heard someone speak Frisian was when I, of Flemish origin, was watching an interview with famous Dutch top model Doutzen Kroes.

During this interview she was paying a visit to her parental home. Joined by her mother, she cheerfully walked through their vegetable garden while speaking a rather peculiar language.

I suspected the existence of a made-up language, as is often the case within families, but they just kept going on and on, using a lot of words that I wasn’t at all familiar with. Eventually it sank in; it concerned a language I had never heard live: Frisian.

Yes, I was aware of the province of Friesland. And now that I heard two people speak in Frisian, it not only charmed me but also tickled my curiosity. I didn’t know at all that it had so many Dutch sounds, an interesting mix with other sounds and words I recognised from languages such as English and German.

This peculiar language roused my curiosity and I started investigating.

Who are these blond hunks?

As I scoured the internet I immediately noticed that the Frisians are a very ancient people. The first time they were mentioned in history was by Pytheas of Massalia at about 325 BC! Wow!

I continued reading about people from Northwest Europe, living in an area named Frisia. They found themselves mainly in the Dutch areas of Friesland and Groningen, but also in Germany, in East Friesland and North Friesland in particular.

Their ancestors came from the current Scandinavia.

Friesland was a kingdom that stretched from Bruges to Ribe in Denmark until it was conquered by Charlemagne. Although the Frisians were under French rule, they stubbornly retained their freedom, language, culture and self-confidence.

The Frisians remained a strong and independent people with the faith in their gods deeply rooted in Frisian culture. They maintained close family ties with the Norsemen from Norway, Sweden, Denmark and Jutland.

Frisians are often described as a proud people. They are headstrong and steadfast (stick to what they believe in). Often, they have blond hair, light coloured eyes and are tall in stature. The more I read about it, the more I agree with this image.

Well-known Frisians are, among others, the model who made it to the international stage, Doutzen Kroes, and the world-famous artist Maurits Cornelis Escher.

Frisian is not just one language; it apparently refers to three languages originating from Friesland. I had absolutely no idea!

These three languages are spoken in the Netherlands, in Germany and in some parts of Jutland, Denmark. Frisian is also spoken on the West Frisian Islands, as is the case on the German (East Frisian) Islands.

In other words, West-Germanic languages that are related to the Dutch language. Furthermore, of all living languages the one closest to English.

As the use of these Frisian languages dates back to Roman times, it is also claimed that English derives directly from Frisian.

Imbued with other languages

An interesting fact is that many Dutch words found their way into the Frisian language. Does someone who speaks Dutch have a good understanding of Frisian?

And what if English is your language? When on YouTube, looking for an interview with someone who speaks Frisian, I quickly notice that Frisian, at times, takes more after English soundwise then Dutch or German. It increasingly intrigues me.

In some cases English and Frisian even share a word that is non-existent in Dutch and German. A known example of this is the English word key, in Frisian kaai, compared to the Dutch word sleutel and its German equivalent Schlüssel.

But I discovered more; recognisable words in Frisian are not just limited to Dutch, English and German words. Frisian has particularly much in common with Scandinavian languages.

This doesn’t per se concern matching words but rather characteristic sounds, such as fjoer “vuur” (fire), gjin“geen” (none) etc.

It’s a fun fact that, even if there’s not a Frisian bone in your body, you can still experience the feeling that you belong to this land and its people.

Why? Because everyone who feels close to Frisians is more than welcome. It doesn’t matter whether you’re from Africa or China. This vision is a great reflection of Frisian tolerance and their tradition to always welcome other people and offer them a home in their midst.

For example, you can still find many descendants of former French religious fugitives (Huguenots) in East Friesland.

A language under threat

Frisian is one of the smallest languages of Europe. A minority language, protected by the European Charter for Regional or Minority Languages.

In this, the Frisian ethnic group is supported by the federal state of Schleswig-Holstein and the Federal Republic of Germany.

These days, the Frisian language is not very visible in the public world and it is only seldom represented in the media. I consider that a shame. There is a constant influx of Frisian literature, however, but the limited editions make it hard to operate economically. Additionally, youngsters move away for either training or work whereas older people from the Randstad move to “Fryslân”, looking for some peace and quiet. The same applies to so-called leisure residents. Both thin out the Frisian population and form a modern threat to the Frisian language.

Some Frisians even plead to include the Frisian nationality in their passports, but to this day they remain a small minority. You cannot (yet) regard the Frisians as the Catalans of the Low Countries.

The efforts to retain the language include many attempts to develop Frisian dictionaries. The Frisian language was mainly a spoken language and could be used in different contexts as a written language. At the same time, dictionaries were considered a way of passing on the language to future generations.

With a knowing wink you could say that it is the ambition of each Frisian to publish a dictionary once in a lifetime.

After researching this lively proud language and the people it belongs to, I’ve come to the following conclusion:

Let’s hope that the Frisians will stand firm to keep the Frisian language alive. If only because it’s such a delightfully headstrong language showcasing the rebellious history of its speakers.