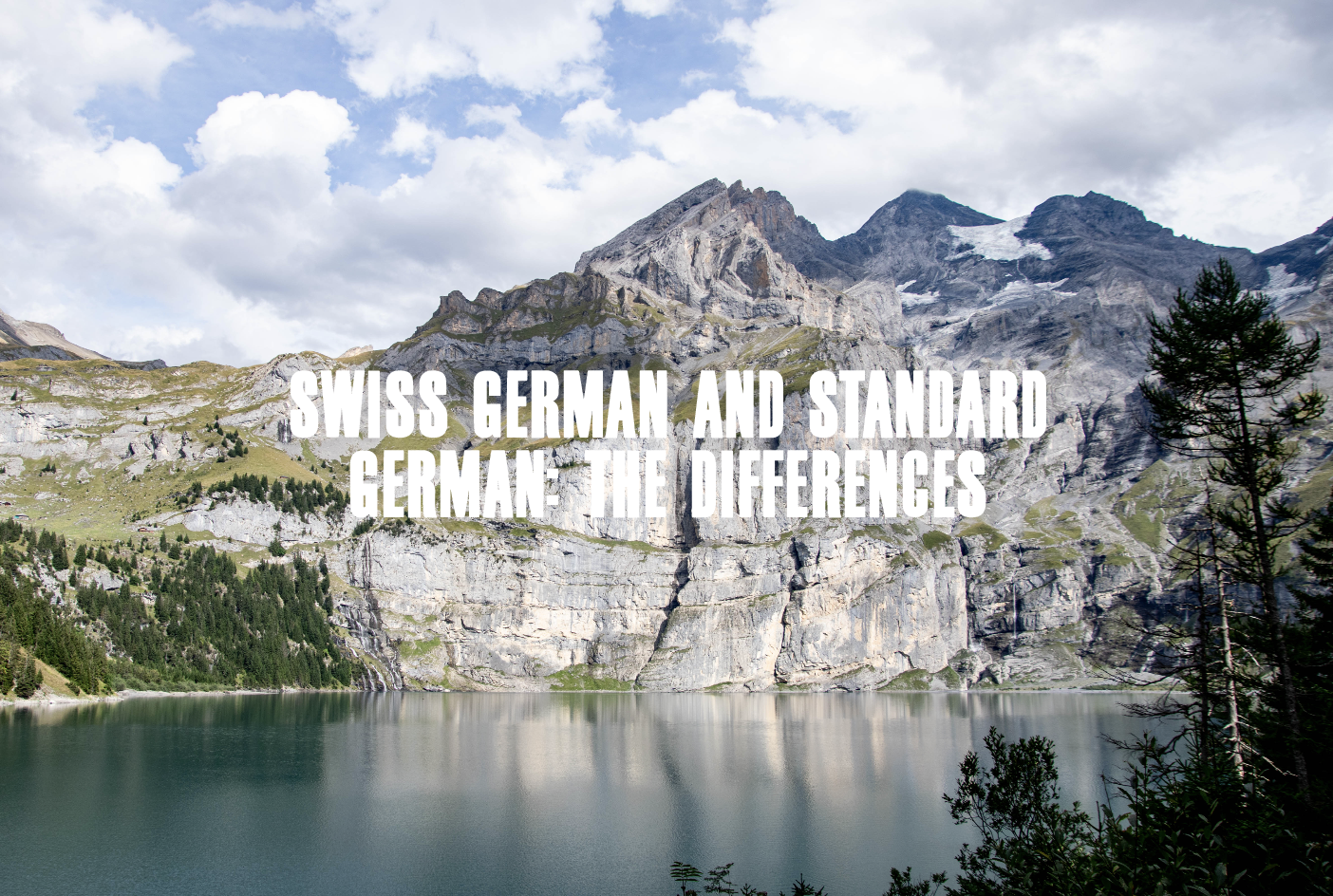 Are you working with German-speaking people in Switzerland? If you understand Swiss German, you have an advantage if you have to do business in Switzerland or negotiate with the locals. On the streets, nearly everyone speaks Swiss German. At first, you will probably not be able to understand anything, even if you have a good command of standard German. How does Swiss German sound, and what are the differences with standard German? Social media manager Noëlle and copywriter Alessandra went to Switzerland and found this out for you!

One very big difference is the sound. You may not know it, but there has also been a sound shift in the German language. Throughout the centuries, sounds changed in various areas. This resulted in differences between High German, Middle German, Low German, etc., languages that you have may have heard of. Swiss German never went through the High German sound shift, while standard German is a result of the shifts that took place.

Hard to grasp? We will give you some examples of differences, which will make things much clearer.

Say it out loud. Incomprehensible if someone start talking to you like this, isn’t it? Try to imagine what happens if someone tells you a story in Swiss German at a rapid pace. Oops!

Swiss German is a dialect. More than that, is it a great number of dialects. So the written language in Switzerland is always standard German! Yet written texts, localised marketing for the Swiss market, are influenced by Swiss German, and you will come across differences.

The plural form of some nouns is also different in Swiss German and standard German. Some examples:

Differences in spelling? You thought Swiss German is not a written language, didn’t you? It isn’t, but yet… The letter ß – sharp S or eszett in standard German – is not used in Switzerland. Instead, the Swiss use a double S. Translating is quite a job, if the text has to be localised to Swiss German.

The influence of French on Swiss German

With France just around the corner, Swiss German sometimes also looks like French. For example: