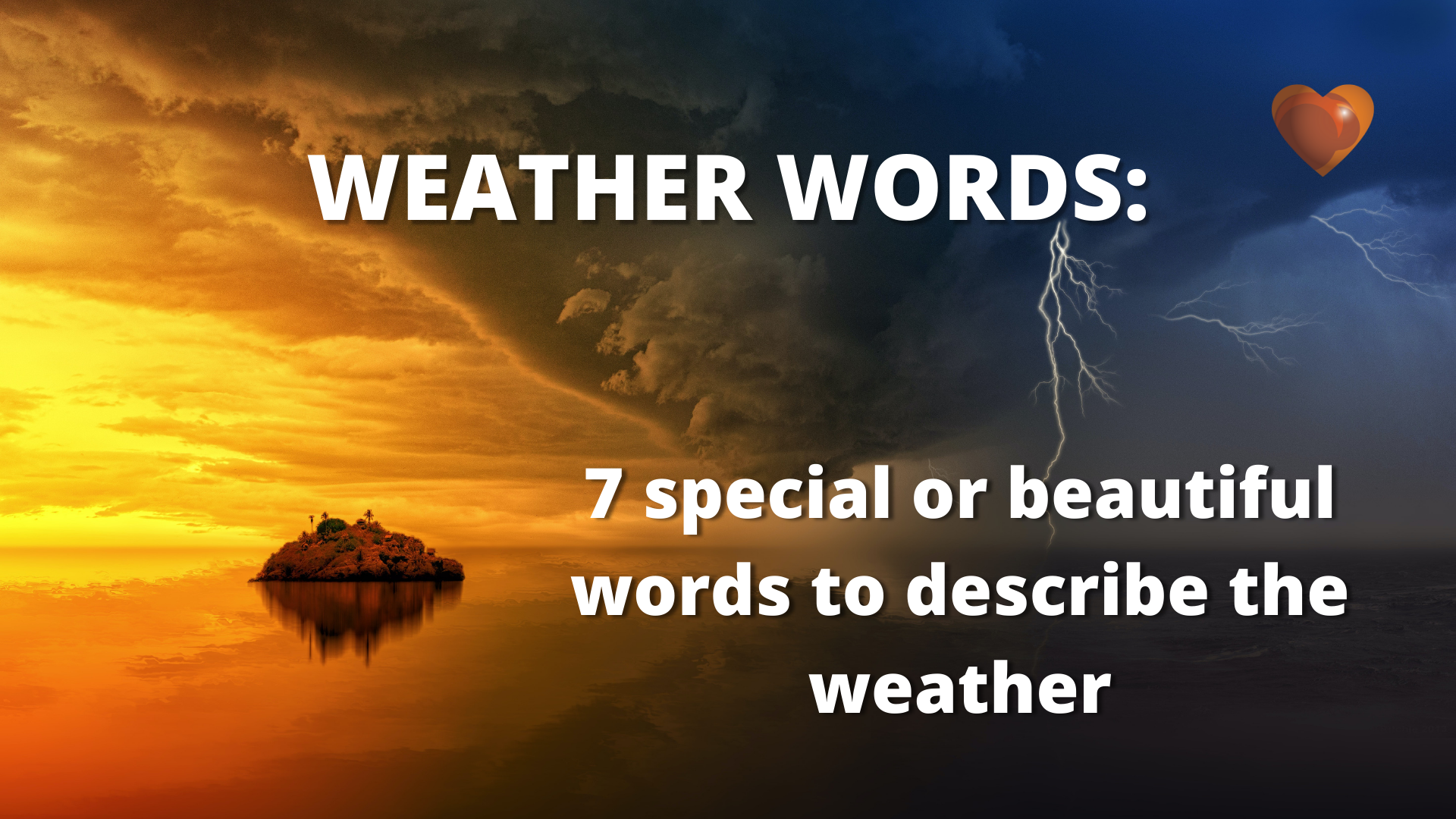 It seemed as if the whole of winter and spring were packed together last February. From blizzards to sunny spring weather, we’ve seen it all. But now it is March, and that means that spring is really on the way.

To celebrate, I thought it would be nice to make a list of “weather words”; special words from different languages to describe the weather. Some are strange and unknown, others you probably know, but are beautiful or special enough to put in the spotlight.

To start with the category “you probably know it, but we’ll put it in the spotlight anyway”; the blizzard. It sounds icy, and it is. A blizzard is a combination of strong wind and falling or blown snow, so that your view is limited to a few hundred meters at the most. And that for at least three hours. A kind of snow storm, but just a bit more intense.

Another wind that cannot be messed with is a mistral. The name probably comes from the Roman word “magistralis”, which means masterful. The mistral is a very strong, cold wind from the north, common to eastern France. Vincent van Gogh complained about the mistral in the letters to his brother, because it prevented him from painting outside. Nevertheless, the mistral also has a positive side; the wind cools and dries the vines, thus preventing the grapes from rotting.

No, not warm, but balmy. You actually only use the word when you talk about the weather, for example in combinations such as “a balmy breeze”. It means something like “pleasantly warm, mild for the time of year.” For example, last week we had a number of balmy spring days. So balmy is warm, just like sultry, but in a pleasant way and not heavy or oppressive. At least that’s how we usually use the word. According to some dictionaries, “sultry” and “balmy” are interchangeable. Still, I think “balmy” sounds a lot better and softer than “sultry”.

On a sultry (or balmy?) summer day, the air can be hazy. The word “hazy” comes from the Middle Dutch word “hei”, which means “heat” or “drought”. Due to small dry dust particles in the air visibility is limited and there is a kind of hazy veil over the landscape. It is therefore not a mist or fog, because those consists of fine water droplets. Hazy air is often caused by smog.

To stay in the summer mood for a while; the Italian word “afa” describes the muggy, oppressive summer heat. The air is humid, there is not a breeze of wind, which is why the heat feels extra intense. “Afa” is an onomatopoeia; it sounds like someone sighing and complaining about the heat, or even gasping for breath. “Phew, what an aafaaa”.

When a fresh rain shower puts an end to the nice weather (or the afa), and you go outside, you smell “petrichor”. This beautiful word describes the typical delightful smell of recent rain on warm soil. I don’t mean a drizzly shower, but a heavy rain shower after it has been dry for a while, the typical smell of a summer shower. The word “petrichor” is made up of the Greek words “petra” (stone) and “ichor” (the blood of the Greek mythological gods).

Undoubtedly the strangest word from this list is the Icelandic “gluggaveður”. The literal translation is “window weather” and refers to the type of weather that is lovely to look at but less pleasant when you are outside. For example, the sky can be a clear blue and it seems to be 20 degrees, but as soon as you go outside your nose almost freezes off. Or a blizzard is blowing; impressive to look at, but not so pleasant to walk in. Then you are dealing with gluggaveður, and you might prefer to stay inside to admire the weather through the window.