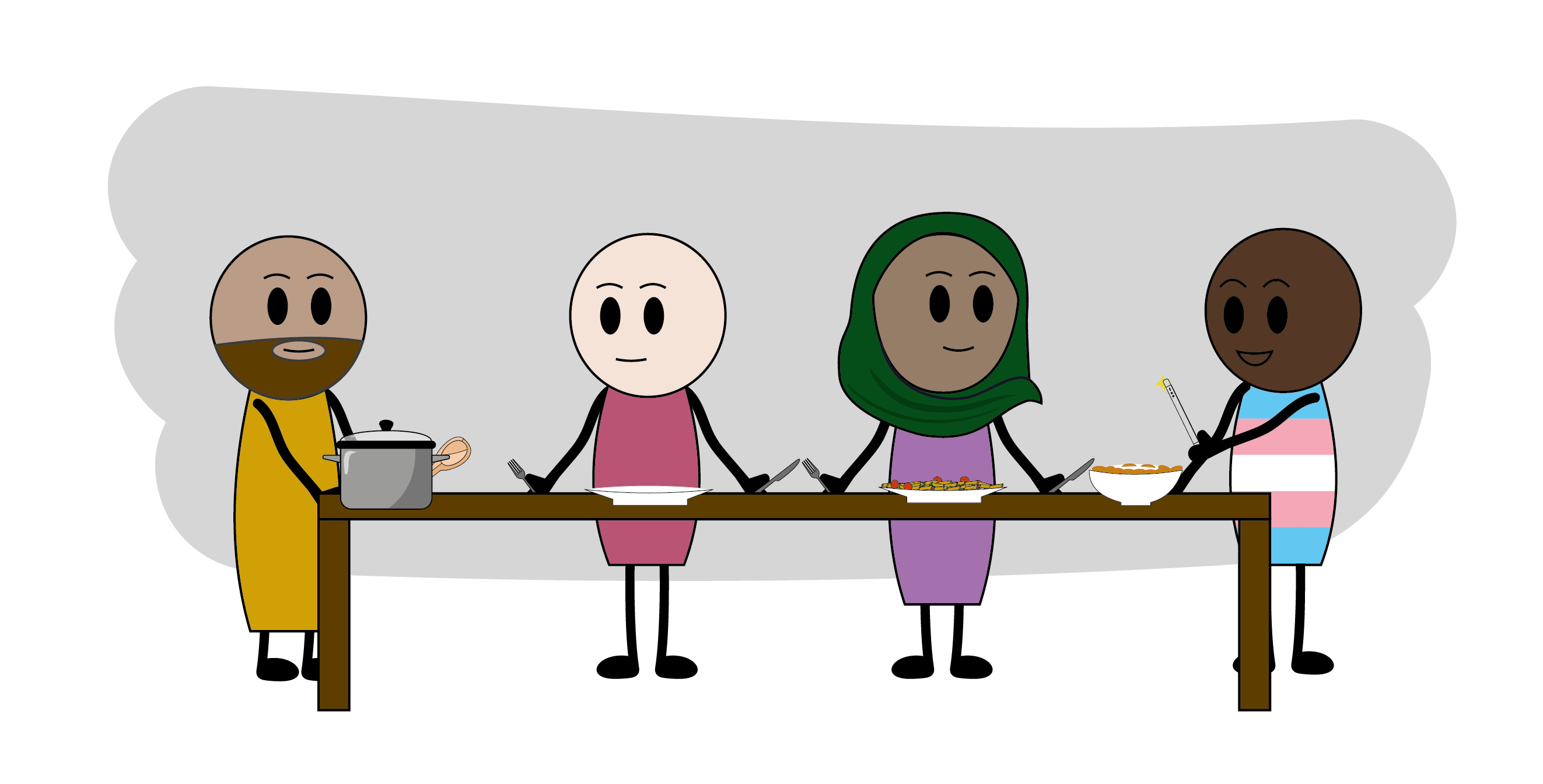 Sunday 15 May 2022: In Antwerp, the Father recites the “Our Father” prayer as “Our Bro”. His new version is packed with Gen Z slang, but whether he understands it is debatable. His reasoning is that he wants to open the dialogue between generations. Can that work?

And; there is a gap? We are more alike than we think, I’m sure of that. Whether we want to or not. We do, however, speak a totally different language! There’s that.

I stir my cappuccino and nibble some of the milk foam. Two girls pull up a chair at the table next to me, carrying a Latte. Obviously with almond milk. After all, “poor cows”, one doesn’t drink cow milk anymore. I hear them talking about the “glow up” of a rather unpopular girl from dance class. Later in the conversation, terms such as “ghosting” are used and when they burst out in laughter one of them shouts: “I’m weak!”. I’m at my wit’s end. Not that it shows, but that’s down to great control. Does “I’m weak” no longer mean “I’m powerless”? My head is spinning.

Let’s Google it. After all, I have to keep up. These girls are clearly part of Generation Z. They were born between 1996 and 2016. Generation Z, the so-called zombie generation. Fused to their smartphones and forever online. Their own language, the Gen Z slang is also quite characteristic. In English, obviously. I see examples of a language that could almost be referred to as extrovert. It appears to say: “Oh, come on! Let’s raise the barricades again”. It’s got spunk. And spunky subjects such as climate, corruption, discrimination and suppression are not shunned at all. Idealism has returned in full regalia!

Not for wallflowers
Gen Z slang is permeated with English words, the way they are used in the United States. You hear snippets of headstrong texts of female black rappers, icons not silently pining away in corners or listening to someone lecturing them. No wallflowers or sourpusses but people who bang their fists on the table, who know what they want and stand up for their rights and those of others. And those of the planet. And of animals.

Making a hand gesture with your hand pointing down is no longer regarded as lacking in respect. On the contrary, well-known artists such as Doja Cat give it a positive twist. In the clip of her song “Kiss me More”, the dancers make this hand gesture at the end in a challenging and greatly confident way. Previously it was used to express homophobia or, in any case, make fun of them. Today it expresses the positive message that “we are equally valuable, we all matter”.

From a term of abuse to respect

Look at the word boujee, which was a clear term of abuse before the band Migos released “Bad and Boujee”. When today someone is referred to as boujee, they are stylish, have their own opinion and a truckload of confidence. They worked hard for what they now possess: new money. Earned honestly. Which earns respect.

Up-to-date or no date

Gen Z and social media; a match made in heaven. They breathe TikTok videos and sleep with pinging Instagram and Snapchat messages right next to their pillows. It’s no surprise that Gen Z slang is forever expanding in these media!

Avoid asking why the conversation is packed with English words of which the meaning isn’t always clear to you. It would be better to create a TikTok account, to at least stand somewhat of a chance. Immerse yourself in the thousands of Gen Z slang videos each day for a couple of hours. It’s not a waste of time and considered the best way of not being “ghosted” after your date.

As is the case with any (sub) language, Gen Z slang changes continuously. Call it in-eternal-update-mode. So, start by gathering some basis knowledge to make it easier to comprehend “Our Bro” to the fullest. If that’s what you want .

Eavesdropping and getting it – Lesson 1!

Lit = Lit means “great” or “cool”. It is the past tense of the English verb “to light” and literally means “burning” or “lit”. For example: His outfit is lit!

Boujee = Someone with new money, who is extravagant or “fancy”.

FYP = For you page (referral to your home page on social media).

Ghosting = When someone doesn’t get in touch after a (fun) date or completely ignores you.

I’m weak and I’m dead = You find it hilarious.

Glow up = A makeover or transformation from bad to good.

Fire = This means that something is very cool/great. Or when you’re very excited about something.

Cringe = From the English “to cringe” as in feeling uncomfortable. It’s used when something or someone is “awkward” or “embarrassing”; giving you a very uncomfortable feeling. You could then say that someone or something is “cringe”.